In Denmark, education is compulsory for children and adolescents between the ages of 6 and 16. Whether education takes place in a public school, in a private school or at home is a matter of individual choice. It is the education itself that is compulsory, not school.

Organization of education in Denmark

The primary schools are administered by the municipalities, the upper secondary schools by the county municipalities (counties). Universities and colleges are mainly state-run. All educational institutions are subsidized by the state.

All children from the age of 26 weeks are entitled to day care. Each municipality is obliged to ensure that there is enough space. Daycare can be secured in several different ways:

The Danish primary school comprises a one-year preschool, a 9-year elementary school, and a voluntary 10th year. Children start in the so-called kindergarten class in the year they turn six, and since August 2009 this has been compulsory on par with primary school. The scheme of a voluntary 10th class, introduced in 1962, has been the subject of discussion for many years. Almost half of the students still take 10th grade, even though they have the opportunity to start high school after 9th grade.

In 1994, a new primary school law came into force. The central idea behind the reform for primary school is that every student should have the opportunity to develop as wide a range of abilities as possible. This entails an extended concept of learning. Pupils cannot only be assessed in relation to reading and writing skills, but must be assessed on a broader basis, which requires differentiation in teaching. The other major change is that English teaching will begin in the 4th grade as opposed to the former 5th grade, and that French should be offered as an alternative to German as a second foreign language. The new field of natural technology will be introduced from the first class. The reform adds more responsibility and opportunities for influence to each school and its parents. The main principle is that what is to be taught is determined centrally, but how it is taught can be determined locally. 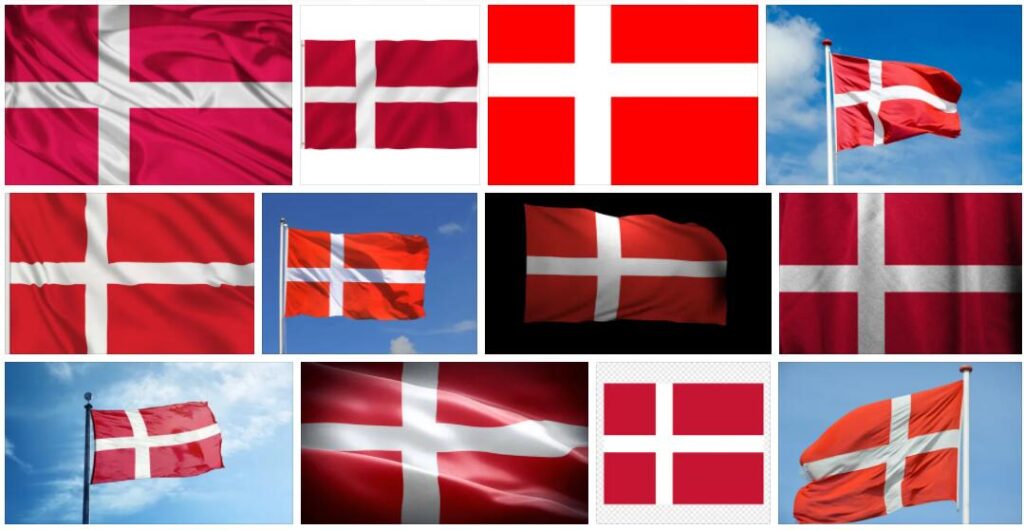 Almost all students continue in high school after completing primary school. There is a distinction between upper secondary education (general education) and vocational education (vocational studies).

In 2009, there were 169 high schools in Denmark. The upper secondary school is 3 years old and is divided into two main study areas, one for language and one for science. About half of the teaching content is common to all high school students. At the end of the upper secondary school, the students will be admitted to the student exam (STX), which is partly written, or oral, and which provides study skills for higher education. A 2-year student course also leads to the student exam.

In 1967, the so-called higher preparation exam (HF) was introduced as a parallel to the student exam. It is based on a 2-year educational program and was introduced at a time when it was concerned with expanding educational opportunities for more social groups in society. In the same way, 3-year courses that lead to a higher degree (HHX) and a higher technical degree (HTX) provide study skills for higher education.

In Denmark, the home of the Folk High School, there are about 70 public colleges for pupils who have reached the age of 17 (2011). Most are run on the basis of the basic Twigian principles. The first was Rødding in 1844. Askov came in 1865, Testrup 1866 and Vallekilde 1865. The first working college was established in Esbjerg in 1910.

Denmark has 8 universities in addition to a number of colleges and vocational schools. It is a stated political goal that 60 percent of each year’s school should take higher education. In 2007, about 33 percent of the entire Danish population had higher education.

The Polytechnic Institute of Education, the Technical University of Denmark, was founded in 1829 and is located in Lyngby. In Copenhagen is the Danish School of Teaching (founded in 1856) with further education for primary school teachers, the Royal Veterinary and Agricultural College (1856), the Danish School of Pharmacy (1892), the Royal Danish Academy of Fine Arts (1754) and the Royal Danish Music Conservatory (1867). Business colleges are located in Copenhagen (1917) and Aarhus (1939).

There are also a large number of specialized vocational colleges, among them the seminars that educate primary school teachers, and which can be traced back to approx. 1800.

The oldest testimonies about school in Denmark are about Ansgar in the 800s. By the Church Ordinance of 1537, all boys in the market towns were to be trained in Latin and Christianity. From the 17th century came schools for girls. The first equestrian schools were established in 1721. Erik Pontoppidan published his textbook Truth to Godliness in 1737.

The primary school originated in the thought of pietism that everyone must be able to read and understand the words of the scriptures. In 1814, compulsory education, but not compulsory schooling, was introduced for children aged 7-14. These principles were enshrined in the Constitution of 1849. The Public Schools Act was revised in 1899, and the political system change in 1901 paved the way for significant school reforms. In 1972 the school duty was extended to 9 years.

The gymnasium originates in medieval Catholic cathedral and monastic schools (Ribe, Viborg and Roskilde from the 1100s). By the Ordinance on the Learned Schools in Denmark and Norway of 1809, the old priest’s school was transformed into an official school, which was to combine the study of Latin and Greek with the teaching of natural sciences and modern languages. From 1850 the sciences got more room. The school’s primary goal was to provide general education and then to prepare for the university. In 1903, the learned school or Latin school was abolished, girls gained access to the high school, and the unit school was established as a principle.

When Jews arrived at the Nazi concentration camps in the 1940’s, men and women were separated. In February 2016, Minister for xenophobia Inger Støjbjerg decided that married couples among refugees where at least one was under the age of 18 should be separated so that they were sent to different asylum centers. The same was true even if the couple had children. In the following months, the Refugee Agency executed the Minister’s order for the vast majority of the 28 couples already in question. A year later, the Ombudsman issued a statement stating that the Minister’s order was in violation of the legislation requiring treatment to be taken in each case. (In addition, the order was also in violation of the Human Rights Convention). The only reason the minister survived the criminal practice found was that the Danish People’s Party supported the criminal situation.

In January 2018, Syrian couple Rimaz Alkayal (17) and Alnour Alwan (26) filed a lawsuit against the Ministry of Integration claiming $ 50,000 in damages because the 4-month Minister of Integration had forced them to live separately in two different asylum centers.

The scandals surrounding Inger Støjbjerg continued into 2018. In December 2016, the European Court of Human Rights handed down a verdict in Paposhvili v Belgium. In its ruling, the court unanimously ruled that banning sick asylum seekers was prohibited. The «Integrations» Ministry knew about the verdict and knew that Denmark would comply with the verdict as well, but still continued the expulsion of sick asylum seekers throughout 2017. On the way, Danish police killed a sick asylum seeker aboard a plane as they tried to get him expelled . In other words, the case was about both Danish violation of the Declaration of Human Rights and murder committed by the Danish state. The violations hit the media in December 2017 and led to new consultations with Støjbjerg.

Prime Minister Lars Rasmussen tried in January 2018 to change the interpretation of the European Declaration of Human Rights. This happened during a speech to the Council of Europe. The speech sparked the outrage and amazement among the delegates of the other European countries. Rasmussen’s argument was that the Declaration of Human Rights prevented Denmark from expelling criminals. But already in 2017, both the Department of Human Rights and Amnesty International had dismissed this as some gossip. With the increasingly serious violations of human rights in Denmark, there is a great benevolence among civilian politicians not to stop the Danish state criminal act, but to abolish human rights.

In 2017, Denmark reaffirmed its position as tailor for not only the US but also Turkey’s and Israel’s foreign policy – in the same way that the country emerged in 1900-45 was a tailgate to Germany’s foreign policy. In November 2017, the Copenhagen City Court sentenced Danish-Kurdish woman Joana Palani to 9 months unconditional imprisonment for fighting IS as part of the Syrian-Kurdish YPG militia. It was an order from Turkeywhich is strategically allied with IS and fights YPG and PKK. In June, a 32-year-old man from Esbjerg was allowed to keep his passport after fighting the YPG, despite the fact that the prosecution had demanded it be withdrawn. The ruling was handed down in the Esbjerg District Court and later upheld in the Western Lands Court. The judgment on Palani illustrated that the courts ruled on a political, not legal, basis. For decades, Danes had fought in the Foreign Legion and committed war crimes in Africa; Danish-Israelis had for decades fought in the Israeli army and committed war crimes against the Palestinians. Yes, Herbert Pundik had even admitted that he had been involved in the massacre of Palestinians in 1948. And in 1995 Niels Holck had dropped 4 tons of weapons in West Bengal in support of the Ananda Marga movement. All without penalty.

Denmark also became a tailor for Israel in 2017. In spring 2017, Israel contacted Foreign Minister Anders Samuelsen and demanded that Denmark cease its support for 24 Palestinian NGOs. Denmark did then – while the Netherlands, Switzerland and Sweden continued to support. Unlike Denmark, these countries did not want to be the tail end of Israel’s arbitrary persecution of Palestinian NGOs. In December, Israel celebrated its governance of Danish foreign policy. (Israel knocked at the table. And then Denmark changed its support for NGOs in Israel and Palestine, Information 2/1 2018).