The city of Honolulu (also called sheltered harbor) is the capital of the US state of Hawaii located on the island of Oahu. Here you can find many historical places and the only royal palace of America : ‘Iolani Palace. Honolulu is located on the southeast coast of the island of Oahu and is surrounded by valleys, high cliffs and wide sandy beaches. You don’t want to miss this city during your fly drive Hawaii, Hawaii tour or Hawaii honeymoon.

9 things to do on Honolulu

According to allpubliclibraries, Honolulu, also known as a sheltered harbor, in Hawaii is home to many historic places that are definitely worth a visit.

Located on the western side of Honolulu’s Financial District, Chinatown’s historic buildings are home to a mishmash of shops, herbalists, lei makers, antique dealers, temples, bars, and restaurants. During the day, explore Chinatown’s bustling markets, such as the Maunakea Marketplace or the Oahu Market. Here you will find exotic fruits, seafood and curios such as the ‘thousand-year-old egg’, incredible temples such as the Izumo Taishakyo Mission Shrine and Kuan Yin Temple that will transport you to historic Japan and China.

For foodies, Chinatown has become an epicenter of eclectic and hip new restaurants. The eclectic restaurants nearby serve everything from dim sum (Chinese dumplings) to Eurasian, Vietnamese, Malaysian and even Cuban and French dishes. And with an array of flavors like this, it’s no wonder that downtown Honolulu and Chinatown are up-and-coming culinary destinations

The devastating events of December 7, 1941, known around the world as a “date that will live in infamy”, changed the course of history. It was here that a surprise air raid by the Japanese plunged the United States into World War II, claiming thousands of lives. At Pearl Harbor, that tragic history is never too far in the past. Hear first-hand accounts from survivors describing the chaotic scene on Battleship Row. Walk through an airplane hangar that still bears the scars of that fateful morning. And look in the shallow harbor where the sunken ship of the USS Arizona rests, still leaking oil that collects on the surface of the water like black tears, as they have been described.

A National Historic Landmark and the only official state residence of royalty in the United States, from 1882 to 1893 Iolani Palace in downtown Honolulu was the official residence of the last two monarchs of the Hawaiian Kingdom: King Kalakaua and his sister and successor, Queen liliuokalani.
The palace was a symbol of promise for the Hawaiian kingdom, built by King David Kalakaua, “The Merrie Monarch.” Influenced by European architectural styles, this royal residence included Hawaii’s first electric light system, restrooms, and indoor telephones. The rich interior features a beautiful koa staircase, dramatic portraits of Hawaiian royalty, ornate furnishings, and royal gifts and ornaments from around the world.

Honolulu’s Bishop Museum is Hawaii’s largest museum dedicated to the study and preservation of Hawaiian and Pacific history. Originally designed to house the extensive collection of Hawaiian artifacts and royal family heirlooms of Princess Bernice Pauahi Bishop, a descendant of King Kamehameha I, the museum is now the premier natural and cultural history institution in the Pacific. One of Oahu’s most historic places, the museum contains millions of artifacts, documents, and photographs about Hawaii and other Polynesian cultures.

The iconic silhouette of Diamond Head State Monument sits along the Honolulu skyline just beyond Waikiki. This 760-foot tuff crater is one of Hawaii’s most famous landmarks. Known as Leahi (tuna’s forehead) in Hawaiian, the crater was named Diamond Head by 19th-century British sailors who believed they had discovered diamonds on the crater’s slopes. These “diamonds” were actually shiny calcite crystals that had no value. Formed more than 100,000 years ago, the crater was used as a strategic military lookout from the early 1900s and was declared a National Natural Landmark in 1968. Today, Diamond Head is a popular hiking destination with panoramic views of Waikiki and the South Shore of Oahu.

Aloha Tower, located on Honolulu Harbor in downtown Honolulu, about 15 minutes west of Waikiki, is an iconic symbol of Hawaii. Built in September 1926, it was the tallest building in the islands for four decades and its clock was one of the largest in the United States. The tower was an inviting beacon for visitors as the journey to Oahu was done entirely by sea. Duke Kahanamoku set his first swimming world record here at Pier 7 and the wharf was also known for Boat Days, a lively celebration to welcome the arrival of visiting ships.

A short drive from Waikiki, the Honolulu Zoo sits on 42 lush tropical acres often referred to as a botanical garden because of how beautiful it is. For something different, join one of the Twilight Tours held on Friday and Saturday evenings. 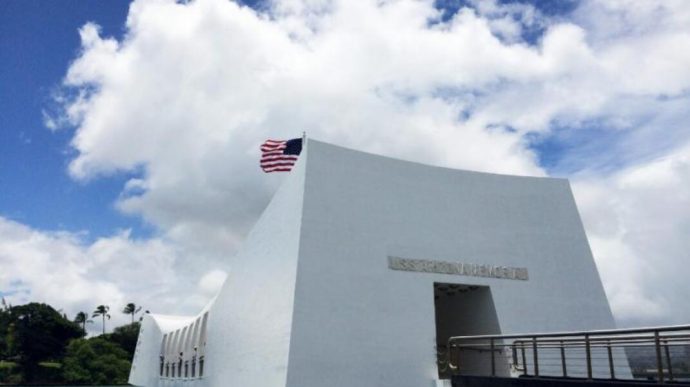