General compulsory schooling was first introduced in Sardinia in 1859, but still far into the 20th century illiteracy was high, especially in southern Italy. Primary education, which can be preceded by three years of preschool, is free of charge and includes eight years since 1962. School starts at age six. After five years of primary school (scuola elementary), the children move on to the three-year lower secondary school (scuola media unificata), at which end the students receive a certificate that enables further high school studies. The theoretically oriented and university preparatory high school (liceo) is five years old and concludes with a bachelor’s degree (diploma di maturità). The uniformity of the structure of the compulsory school contrasts sharply with the intricate and richly branched structure of the upper secondary school. As a rule, four-year teacher, technical and vocational schools at the upper secondary level also give admission to higher studies. A well-developed system of private, often run by the Catholic Church, schools complements the state educational system. According to UNESCO’s estimates, 2% of the country’s adults are illiterate (men 1%, women 2%; 1995). There are large regional differences in school results, with the high-industrial northern Italy being far superior to the agrarian southern Italy.

Italy has 46 state and 9 private and state-approved universities and colleges, some of which can be counted among the oldest in the world (Bologna, Modena, Parma). In addition, special colleges and academies for sports, arts and music. The influx of universities has increased sharply during the post-war period, a situation which, especially at the free faculties, has negatively affected the quality of education. Today there are three levels of degrees. The diploma is based on 2–3 years of study and complements the longer courses, which after 4–6 years of study lead to laureate. In addition, there is a research degree, dottore di ricerca. The two latter degrees give both the right to the title of dottore, Doctor. In addition, there is an extended system for further education within the universities. 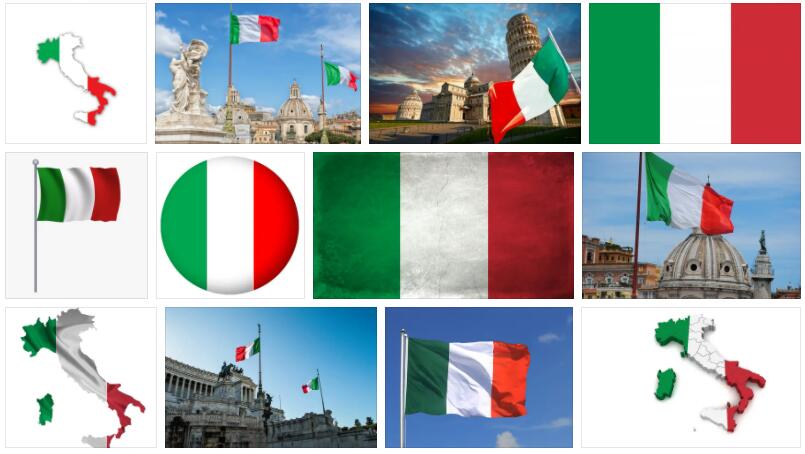 Southern Italy has been the loser in both the ups and downs. Despite huge relocation from the late 1800’s, the areas in the south have been relatively overcrowded, with a high birth rate. Outdated agricultural practices gave Southern Italy a back seat to the national economy. In 1950, a public investment bank was established for Southern Italy – “Cassa per il Mezzogiorno” – but it has not prevented the region from continuing to be an underdeveloped area. It provided cheap labor to the industrialized north, but has gradually become a market. Despite economic growth and greater prosperity after the “economic miracle”, the difference has increased between the north and the south. The invasion of southern Italians into northern and central Italy in the postwar period – 8 million between 1951 and 1961 – created major social problems in these areas.

Around the 13th century BCE, people from Central Europe occupied the northern part of present-day Italy. But already in it 5-6. a millennium BCE a culture had developed in the southern part of the country that was known for the manufacture of ceramics. Around 3,000 BCE, bronze began to be applied to Sicily and about 1,000 years later, peoples from the East created the Rhinaldone culture.

As the Hittite culture disintegrated, Etruscan culture north of the River Tiber developed around 900 BCE.

Acc. the legend founded Romulo in the year 753 Rome and through the 8th century a process of unification of the districts of the Palatines, Esquilin, Quirinal and Capitolium hills occurred. They had a common meeting point: Forum. The first form of government was an elected – not inherited – monarchy whose power was limited by a Senate and a People’s Assembly of clans. Two social classes existed: the patricians who could be elected to the Senate, and the plebeians who could gather in defense against the big landlords’ assaults.

With King Tarquino Prisco (616-578), Rome was admitted to the Latin League. The poverty of the plebeians and the system that made the Romans slaves when in debt led to the kings being thrown into the gate in 509. In the 5th century, the 12 statutes were designed that could also be understood by the plebeians. After violent fighting, these also managed to have their rights included in the legal regulations.

The Punic wars against Carthage in the 3rd century once again enabled Rome to extend its dominion, and in the early 2nd century it became the “protector” of Greece – after defeating the Macedonians. Within a few years Rome conquered Asia Minor, northeastern Gaul, Spain, Macedonia and Carthage in northern Africa.

In the late 2nd century, the tribes of Tiberius y Caius Gracus, along with 3000 of their followers, were killed by the nobility to cover the plebeians. In the year 27 BCE, Octavius ​​consolidated himself as the first emperor and thus began an extended period of peace. The Roman Empire now controlled the area from the Rhine in Germany to northern Africa, from the Iberian Peninsula and present-day France, Britain, Central Europe over the Middle East to Armenia. The expansion continued until the 2nd century AD, when internal turmoil threw Rome into chaos.

In February 1922, Bonomi fell, and Luigi Facta formed Italy’s last pre-fascist parliamentary government. During this, the Genoa Conference was held, and Tripoli’s final subjugation began. Inwardly, the government sought to assert state power against the fascists, and was supported by most bourgeois parties and social democrats, which on August 1 attempted a “legitimate” general strike to strengthen state authority. The fascists made sure the attempt was unsuccessful. Around the cities, they gradually deprived the Marxist parties of all power, while reducing the authority of the government. The Social Democrats were weakened by internal disputes between the unitaries, which would cooperate with the bourgeois parties against the fascists, and the massalists, who would continue the fight without an alliance on the right.

At a fascist congress in Naples in October 1922, Benito Mussolini started the ” march against Rome ” and Facta resigned. After the liberal Antonio Salandra had tried in vain to form a government, King Viktor Emanuel had to address Mussolini, who formed a unifying government of fascists, nationalists, clerics and liberals. October 30 began the fascist occupation of Rome, which was completed in a few days. The new government received a vote of confidence with 275 votes against 90.

In 1923 it carried out a new electoral law, where the majority party was secured 2 / 3 of all seats in the chamber. In the 1924 elections, which took place under intense pressure from the government, the fascists received 65 percent of the votes cast. Shortly after, in June 1924, the assassination of Socialist Deputy Giacomo Matteotti led to riots between fascists and most bourgeois groups. The government was reconstructed, and Mussolini took over one ministerial post after another and eventually had nine, which he retained until 1929.

In 1928, a law was created that further removed the constitution from parliamentarism. Following this law, the entire country formed one constituency, where the candidates were appointed by professional corporations (created by the Act of 1927) and revised by the Fascist Grand Council, and voters were to vote for or against. In 1929, Mussolini and Cardinal Pietro Gasparri had completed negotiations on a settlement between the Pope and Italy. According to the settlement (Lateran Agreement), the independent Vatican State was established, a concordate was concluded and the financial balance with the pope was settled.

In 1923, the murder of an Italian general at the Greek-Albanian border gave Mussolini a pretext to occupy Kerkyra (Corfu), which he left only after the ambassador’s intervention, and Greece’s recognized claims for damages. The battle over Fiume and relations with Yugoslavia ended with the Nettuno Treaty in 1924, when Fiume fell to Italy and the port of Porto Baros went to Yugoslavia. The same year, a friendship treaty was signed between the two countries. Nevertheless, the relationship quickly became tense again, especially after Italy by the Tirana treaties with Ahmed Zogu in 1926 and 1927 completely ended Yugoslavia’s influence in Albania, which then became almost Italy’s vassal. As a result, the friendship treaty at its expiration in 1929 was not renewed, and Italy joined closer to the enemies of Yugoslavia Hungary and Bulgaria.

France renounced some oases at Tripoli in 1919, and Britain renounced Juba and 1926 Kufra in 1924, but these concessions were far from Italy’s requirements. In Tripoli, Mussolini completed the final subjugation. The Franco-German approach in 1925 led to the formation of an Italian-British counterweight (Livorno meeting). Faced with Germany, the relationship was tense for some time due to Italy’s suppression of the German minority in Tirol. Italy followed with great interest the nationalist movements in Central Europe and provided special support to Hungary.

The world crisis of 1930 severely impacted Italy’s economy, with widespread bankruptcies and severe budget deficits. The government tried to solve the difficulties through reinforced self-preservation policy. At the same time, the foreign policy course became increasingly imperialist. After the collapse of the international disarmament conferences between 1930 and 1932, Italy increased its armor. From the end of 1934, relations with Ethiopia continued to deteriorate, and in the autumn of 1935 war broke out. During the Ethiopia conflict, Italy established a more friendly relationship with Germany because the country had stayed out of sanctions. Ethiopia was annexed in May 1936.

During the Spanish Civil War, Italy, along with Germany, made an open party for General Francisco Franco. While sending Italian troop quotas to Spain, Italy maintained its position on the Non-Intervention Committee until June 1937. During this conflict, cooperation with Germany became increasingly intimate (see the Axis Powers and the Anti-Communist Pact). Due to this friendship, Italy gave up much of its influence in Austria, and remained passive at the German annexation in March 1938. That same autumn, Mussolini played a prominent role in the German-Czech conflict by acting as mediator in the negotiations that led to the settlement. in Munich. However, this settlement did not contribute to any reconciliation between Italy and the Western powers.

Axis policy also prevailed in domestic law, including a number of anti-Semitic regulations from the fall of 1938. As compensation for Germany’s incorporation of Czechoslovakia in March 1939, Italy occupied Albania on April 6 of that year. Following previous negotiations between Foreign Ministers Joachim von Ribbentrop and Galeazzo Ciano, a military pact was signed between Germany and Italy.