The first schools in the area corresponding to today’s Lithuania are thought to have been the church schools established in the 1300s. The teaching was given mainly in the Lithuanian Empire’s official language, first Belarussian and later Polish. From the Counter-Reformation until 1773, the school system sounded under the Jesuits, to the detriment of the position of the vernacular. However, in the 1570s, the Jesuits formed an academy in Vilnius, which in 1579 was elevated to a university. In 1864, private schools were banned, and it was only with the weakening of the policy of refreshment in the early 1900s that the school system was given the opportunity to reach the majority of the population. The years 1928-30 introduced compulsory education for all aged 7-14 in independent Lithuania, and since then the education system has held a strong position.

Today the compulsory school starts at the age of six or seven and is nine or ten years old. More than 1/10 of all pupils receive primary education in a language other than Lithuanian, primarily Russian or Polish. After compulsory school, a three-year upper secondary school alternatively follows technical or vocational studies at the upper secondary level (2-4 years).

In addition to 22 universities, colleges and academies, the higher education also includes vocational post-secondary education. The actual university education, following the dissolution of the Soviet Union, has undergone a reorganization partly according to Western European role models. Universities are located in Vilnius, Kaunas, Klaipėda and Šiauliai. The country’s foremost technical college is located in Kaunas. 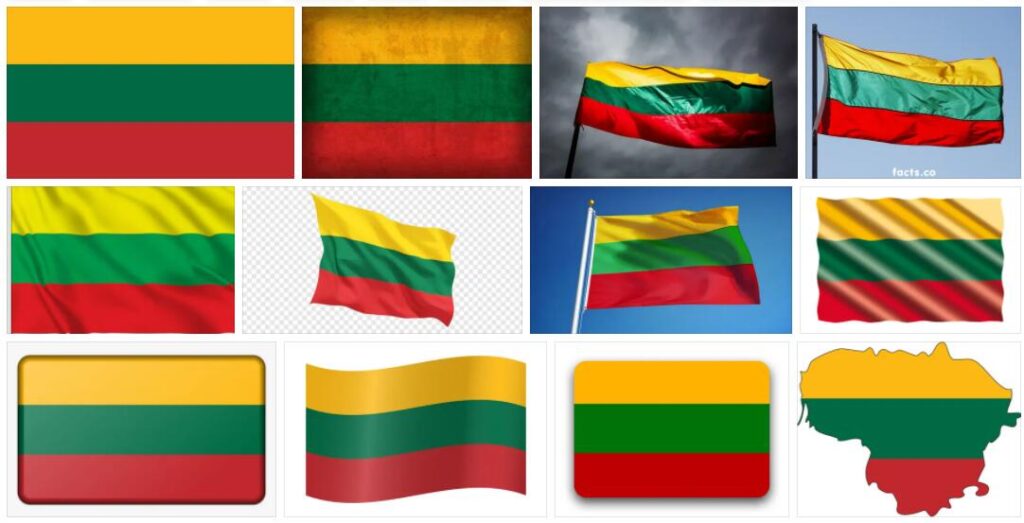 Lithuanian contemporary history is the story after 1991. Lithuania regained its independence in 1991, having been part of the Soviet Union-controlled Eastern Bloc for over fifty years.

The democratization of the Soviet Union in the latter half of the 1980s – perestroika – gave the Lithuanians the opportunity to organize themselves in the Sąjūdis independence movement, where Vytautas Landsbergis was a leader. The Lithuanian Communist Party broke with the Soviet parent party in December 1989. Lithuania regained its independence in September 1991, after over a year of open conflict with Moscow.

The first elections after independence

In July 1992, the National Assembly changed its name to Seimas. The first election after independence took place in October / November 1992. Sąjūdis got only 22 percent of the vote and had to surrender power to the Democratic Labor Party (the former Communist Party), which got 45 percent of the vote and a pure majority in Seimas. The Communists in Lithuania had followed a national communist line. At the same time as the election, a new constitution was held, which meant that Lithuania should have a relatively strong presidential power, where the president is elected directly by the people.

The defeat of Landsbergis was due to both an authoritarian leadership style and many voters blamed the economic downturn on the incumbent government. The most important reason, however, was that in the 1990 elections, Sąjūdis had had the role of a broad, cross-political popular movement to achieve national independence, while in 1992 it emerged as one of several parties. The party was then reorganized into the Federation Union – Lithuanian Conservatives (TS-LK). The party attaches great importance to national values ​​with a religious element and has a sharp front against the socialists. The party system in Lithuania has been unstable ever since independence, with many new parties and alternating support.

In February 1996, Lithuania experienced a strong political storm when Prime Minister Adolfas Slezevičius was forced to step down in connection with a banking scandal. Mindaugas Stankevičius took over as prime minister. A major financial rescue operation had to be launched after the bank crash, and the negative consequences for the further economic development in 1996 were significant.

This was also reflected in the parliamentary elections, where there were major changes in the power relations between the parties. The Democratic Labor Party (LDDP) lost government power when it achieved only 9.5 percent of the vote (12 seats). Banking scandals, corruption charges and dissatisfaction with living conditions despite improvements in the country’s economic situation in general can explain the defeat. The clear winner of the election was Landsbergis’ Conservative Party, the Federation Union. But since the party lacked one mandate to gain a majority in parliament, the party entered into a coalition with the Christian Democrats and the Center.