Tip 1:
Even before you go to SDSU, download the course offer online, print it out, see what interests you, go to your professors who can credit the things to you and clarify with them which courses would be useful for you and will be credited. Then write to the professors from America by email before the start of the semester and make it clear to them that it is absolutely important for you to get exactly this course and, if possible, a confirmation that you are on it. That can save you a stressful crashing week. You are allowed to pay the tuition fees, but you are not entitled to certain courses, you have to try to find remaining places. It involves a lot of running around and sounds worse than it is. So far everyone I know has had good courses.

Tip 2:
Go to the website http://www.ratemyprofessor.com. You can read student reviews of almost every professor at every university in America. Then I changed my entire schedule again and had super nice professionals.

The content in biology as well as in English is very good. However, there can be problems with the crediting, since the courses in America are 3 hours and (at least according to the old LPO) are required in MS 5 SWS. Otherwise the campus resembles a 5 star hotel with a palm tree ambience and top facilities.

I lived in the Campus Walk Apartments about 2 minutes from the university. Was actually comfortable living, but you have to be careful not to be ripped off. To this day I haven’t got my $ 200 deposit back. I lived in “Frat-Row”, the neighborhood with all the male and female connections. It’s really a big deal for the college kids under 21. Definitely worth seeing the frat parties! Incredible the Americans. No prudish …
Otherwise I would make the decision where you want to live depending on whether you buy / rent a car or not. If you are over 21 and therefore don’t always want to go to frat parties, you just can’t do that much in the university area. It makes sense to have a car because the buses don’t run at night. People with a car are recommended to move to PB! (See nightlife)

As I said, it can be done without a car (during the day), but it takes time. From the university to PB you need about 30 minutes by car, by bus 1 1/2 hours! In addition, only those people drive buses who cannot afford a car or who are not allowed to drive one for mental reasons. So not the creme de la crem of society.
The car has its advantages, especially when it comes to simple things like shopping. It feels like 99% of Americans drive a car and everything is geared towards that.

First big change: parties only go until 1.30 a.m., as the law requires everything to be available at 2 am. And that is what will be done. The parties start at 10 a.m. The afterparties are then private, but are sometimes canceled by the cops.

Second change: Nothing works under 21. In every bar and disco, everyone’s ID is checked and as a German you MUST have your passport with you. Perso is not enough! Under 21 there is nowhere to go and no alcohol is sold.

The common American is very sociable and enthusiastic when you come from Europe. It’s not difficult to get to know people.

Otherwise: Anyone who has experienced the nightlife in San Diego will have a hard time back in Germany! Super great, especially if you are into R&B and party music. First point of contact PB, the student district: On the Garnet (main street) clubs are lined up with clubs and bars after bars. The PB Bar & Grill, the Moondoggies, the Taiphoon, the Tavern Bar … a dream. Those who live in PB may find it difficult to concentrate on university, as the beautiful beach calls during the day and the nightlife at night. I solved the problem by only having Tue-Thu uni.

Otherwise you can also go downtown, but only with enough money, as the entrance fee usually costs $ 20 and drinks are not cheap either. Plus the taxi to get there …

Third option: TJ, Mexico
Since Mexico is only half an hour away from SD, it is of course also a good idea to party there, especially if you are under 21, as you can drink there from 18. It is also cheap. I never dared to do it myself, however, because one always heard horror stories of robberies etc. Definitely not go over without an American who knows his way around!

In San Diego
There is of course an activity program for everyone who gets a visit. Right up front is the San Diego Zoo. You need at least a whole day. Really unbelievably big, modern and beautiful. Balboa Park is home to tons of museums, but it is also well worth seeing. Seaportvillage is too touristy in my opinion. Coronado and the bridge to it are also worth a trip.

Outside of San Diego
Of course, it’s not far from SD to LA, Las Vegas or Santa Barbara 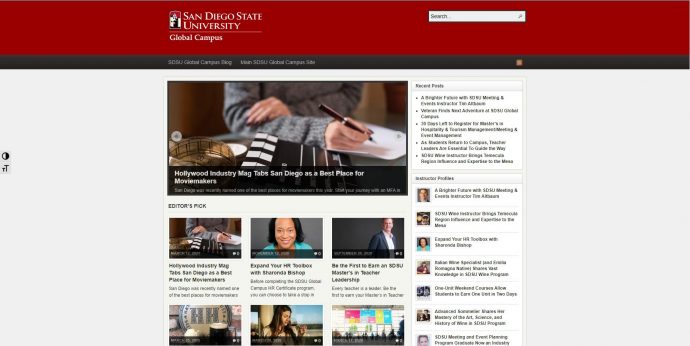