Spain has several of Europe’s oldest universities. Public school was introduced in Spain in 1857. However, changes between dictatorship and democracy led to major changes in the school system. The long-standing dictatorship of Francisco Franco (1939-75) was characterized by a centralized school system and a predominantly teaching language (Castilian). 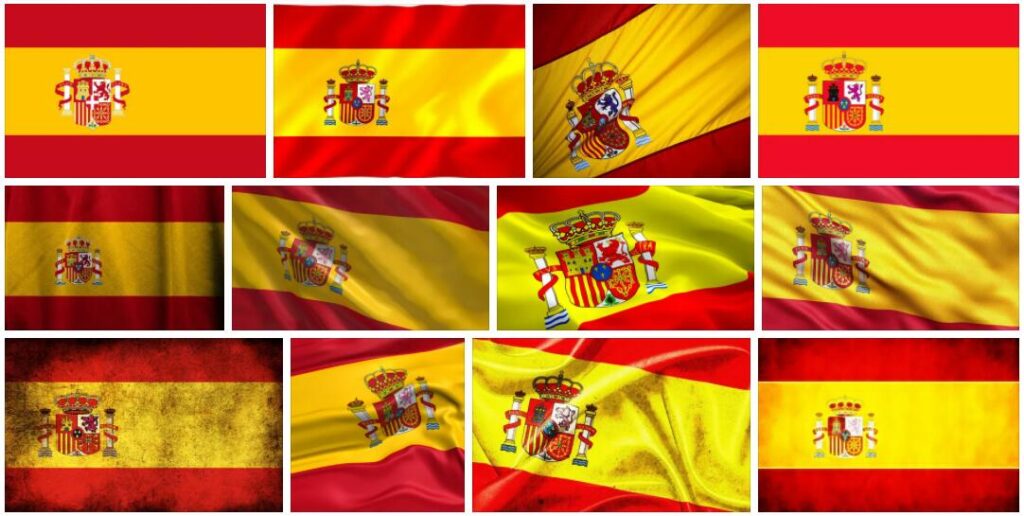 At the transition to democracy in the late 1970s, a great deal of self-government and decentralization were introduced, and several new public universities were established. Today, the school is subject to the autonomous regions, which among other things results in 17 different curricula which are coordinated at the regional level with the national curriculum.

Comprehensive reforms have been carried out throughout the education system in Spain since the late 1980s. From 1991 it is compulsory and free school for anyone aged 6 to 16 years. About 30 percent of children attend private schools, many of which are run by the Catholic Church. The primary school is six years old (6-12 year olds). The secondary school is four years old (12-16 year olds). After completing secondary school, students can choose either a two-year vocational school or a two-year university preparatory course (bachelor’s degree) with different fields of study: arts, science and technology, language and social studies. In the 2000s, voluntary preschool with full public support for 3–5 year olds was introduced.

The school system is currently undergoing a new reform period, which is in the direction of, among other things, a reorganization of the steps in youth and high school, pupil density, as well as the tuition fees and admission scheme to universities and colleges.

Spain has several prestigious universities with MBA program who score high in among others Finacial Times’ ranking 2013. IESE Business School, with campus in Madrid and Barcelona, is eighth in the category Top 10 MBA Programs in the IE Business School (11) in Madrid and ESADE (22) in Barcelona also scored high.

In January 2002, Spain assumed the presidency of the EU, and Prime Minister José Maria Aznar declared that the fight against terrorism would be given top priority during the presidency. However, there were other issues, such as the enlargement of the EU and the functioning of the euro, that should have interested the presidency more.

Aznar’s fight against democracy in 2002 led to a ban on Basque nationalist party Herri Batasuna, who was accused of being the front of the ETA. 20% of the Basque population was thus without a parliamentary alternative. Herri Batasuna is currently banned in Spain, but appealed to the European Court of Human Rights, as the ban is contrary to the Convention on Political and Social Rights. In July 2009, the court gave the ban to the party its blue stamp.

In November 2002, the oil tanker Prestige sank off the coast of Galicia and two months later the Spabunker IV ship sank near Gibraltar. The Spanish government was very slow to start the containment and clean-up work, and therefore the oil disaster had unmistakable consequences for the fishing industry in Galicia and thus for the Galician economy. The late containment caused the oil pollution to spread to the French coasts. In Spain, there was a domestic political scandal.

During the US preparations during the 2002 war against Iraq, Spain unhesitatingly supported the war preparations and together with Denmark convened a conference among selected existing and future EU countries to support the US. Following the US occupation of Iraq, Spain itself contributed 1,500 soldiers. This happened despite the fact that 90% of the Spanish population in opinion polls declared themselves against war opponents, US occupation of Iraq and Spanish troop presence in the country. However, that did not cause the Aznar government to bend. On the contrary, Aznar made an active effort to involve Latin American countries in support of the occupation.

In preparation for the March 2004 parliamentary elections, Prime Minister Aznar announced in 2003 that he would not stand for re-election. He felt confident that his party, Partido Popular, would win, and he himself wanted to aim for a higher international position. However, those plans were ruined just 3 days before the election. On March 11, 2004, 10 bombs burst into jam raids in Madrid. The government immediately saw a gigantic chance to exploit the disaster to its advantage. By blaming the attack on ETAit was able to secure reelection 3 days later because it emerged as the unequivocal enemy of the Basque separatists. The Aznar government therefore immediately embarked on the spread of lies about assaults. Aznar personally called the editors of the biggest Spanish newspapers and told them that there was secure intelligence evidence that ETA was behind. Spanish TV was ordered by the government to disseminate this version and, following Spanish pressure, the UN Security Council adopted a resolution on the same day in which ETA was made responsible for the attack. The Spanish Government also stated that the explosives used were the same as those used by the ETA. Foreign journalists such as DR’s correspondent, Bjarke Møller, also participated in the government’s campaign against ETA without any source criticism.

There was just one problem. The information was all falsified by the Spanish government. A more source-critical analysis of the events should probably have called for greater caution, as the ETA has, as a practice, always to call the police before an attack, and this did not happen; ETA has never conducted an attack of such magnitude; and Spanish separatists flatly rejected ETA’s backing. Two days after the attack, however, there were fairly certain evidence pointing to Islamic terrorism. An unexploded bomb should have been unleashed with a cellphone in the name of a Moroccan immigrant; a van was found with spark plugs and a band of corancitates. At the same time, it emerged that the claim that the explosives used should be the same as those used by the ETA was freely invented by the government. This information appeared in the foreign media, but due to the government’s total control over the Spanish media, they were first disseminated in Spain through SMS messages. The evening before the election, the first demonstration of anger against the Spanish government was organized, and its manipulation of the tragic event. Anger spread, and on election day itself, the government suffered a staggering defeat. Aznar, who felt confident in his party’s re-election, and his own future political career, was transformed into a historic bracket in the 3 days.

The anger of the Spanish population was due not only to the government’s manipulation, but also to the fact that the attacks could be linked to the Spanish participation in the war on the United States. It was therefore the war rivals with the Social Democracy PSOE at the forefront that won and its leader José Luis Zapatero could take over the prime minister’s post in April. Even before then, he had declared that all 1,500 Spanish soldiers would be withdrawn from Iraq on June 30, unless they were given a UN mandate to remain.

Abroad – including Denmark – The right wing tried to take advantage of the surprising election results and the announcement of Spanish withdrawal of Iraqi occupation troops to launch the claim that “terrorism had prevailed”. The argument was that the terrorists had achieved what they wanted – to pull Spain out of Iraq. However, it is an analysis of the situation that is blatantly rejected on both the Spanish right and left. The Spanish right wing refers to the election as a victory for the Spanish democracy that was not shaken by terrorism. And the left designates the result as a victory for the Spanish people because the massive opposition to the US war, occupation and Spanish participation in it set the political agenda. There is now agreement between people and government on this issue.