Western and Eastern Europe have both helped shape Hungary’s culture, lifestyle and cuisine.

Budapest, the capital of the country, is often called “Paris of Eastern Europe” because of its wide boulevards, elegant architecture and numerous parks, as well as its abundance of art and culture.
Yet the inhabitants of Budapest are remarkably down to earth. They typically describe their neighborhoods as small urban villages that surround outdoor markets.

Folk crafts, in particular embroidery and ceramics, still thrive in the smaller villages, which are often more rustic compared to Budapest. At the same time, however, Hungary is also part of modern times. For example, Budapest’s week-long Sziget Festival can be mentioned. Held every summer on an island in the Danube, it is one of Europe’s best rock festivals.

You will probably be living in an urban area near Budapest or another big city, but there are some host families living in the countryside. In Hungarian families, everyone takes part in the household chores, and the family enjoys spending time together on the weekends. 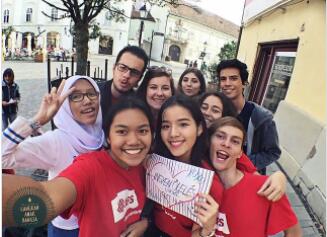 Most exchange students go to a public school, but you can also go to a szakközépiskola , which is a vocational school. You will probably have to choose between a number of subjects, but it is a requirement that you have Hungarian and foreign language courses. The school year runs from the beginning of September to the beginning of June and is divided into two semesters. The school week runs from Monday to Friday from 08:00 to 15:00.

Magyar, also known as Hungarian, is the official language of Hungary and is related to Finnish and Estonian. English and German are widespread foreign languages, while there are several recognized minority languages ​​in Hungary. You will be offered a Hungarian language course during your first months in the country. You do not have to speak Hungarian to be accepted into the program, but you are encouraged to start learning as much as you can before you arrive. 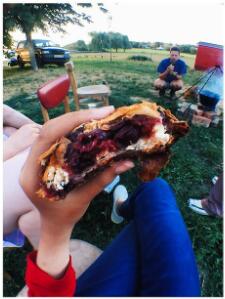 One of the most popular and well-known Hungarian dishes is goulash. It is a stew made with meat, potatoes and peppers. Dishes are typically served with potatoes or noodles. In Hungary, there is plenty of delicious bread and cake that you should taste. The culinary habits are developing in Hungary, so the food will be lighter than it was before, but that has not made the taste experience less.