When you make a tour of Utah, you encounter all kinds of different landscapes. This special state with extremely many different nature reserves and cultures is very popular for a reason. Utah is adjacent to the states of Nevada, Arizona, New Mexico, Colorado, Wyoming, and Idaho. The name of mountainous Utah comes from the Ute Indians, it means ‘people of the mountains’. The whimsical environment, the special lifestyles and the extremes in nature ensure that Utah has everything for a fantastic tour!

According to smber, the capital of Utah is the famous Salt Lake City. The city has become known for, among other things, the 2002 Winter Olympics and the large representation of Mormons. Salt Lake City is located in the beautiful Salt Lake Valley, a valley with fresh green slopes and beautiful views. The snow that covers the mountain slopes in winter is said to be the best snow on earth. In addition to skiing, Big Cottonwood Canyon, Temple Square and Red Butte Garden in the city are highly recommended during your tour! Other major cities in Utah include West Valley City, Provo, and West Jordan.

Anyone who travels through Utah will undoubtedly notice that the landscape is extremely varied. Sandy plains, lush forests, deserts, rolling valleys and impressive mountain ranges: Utah has it all. Its diversity is partly due to the fact that the state is home to a number of key geographic points, including the beloved Rocky Mountains, the Great Basin, and the Colorado Plateau near Four Corners . People don’t want to take a tour of Utah for nothing. The variety in nature makes Utah a popular state.

One of the most famous natural phenomena in the state are the vast salt flats, which are so large and flat that they even provide optical illusions. Great Salt Lake and the Bonneville Salt Flats are examples of this. These flat salt deserts are a sharp contrast to the rest of Utah, which is very mountainous. In addition to the Rockies, you will also find the Wastach Range, the Deep Creek Range and the Uintah Mountains. In this last mountain range lies the highest point of Utah: Kings Peak of 4123 meters high. Next to the Wastach Range is Wastach Fort, a breathtaking series of valleys and basins that will leave you amazed!

Nature lovers can indulge themselves in the national parks of Bryce Canyon, Canyonlands, Arches, Captiol Reef and Zion. Natural phenomena that you must see during your tour of Utah are Notch Peak, the largest limestone cliff in the US, and Cedar Breaks, a fascinating amphitheater formed by nature. The Colorado River, Utah Lake and Snake Valley, a green relief after the drought, should not be missed during your tour.

Utah has a rich mix of different cultures, population groups and religions. About 95% of the population is white, with a small portion Hispanic and Native American. The latter group comprises the group of Indians living on the vast reservations. The Ute, Navajo, and Ouray are common here and still live as their ancestors did. If you want to learn more about Utah’s history, a visit to the reservations is a must-do during your Utah tour. A notable religion with a large following is the LDS, better known as Mormonism. More than half of the inhabitants are registered with this community. This is clearly reflected in the architecture, such as the Mormon temple, and the landmarks in the state.

This state is not called the beehive state for nothing. On your Utah tour, you’ll find yourself at the center of transportation, research, and science. This nickname reflects the close cooperation and work mentality.

Due to the aforementioned geographical phenomena in Utah, the state has a dry desert climate. The rain is stopped by the mountain ranges, so there is little precipitation. The sun shines exuberantly, which creates wild, dry landscapes. The high mountain climate can be found in the mountains, where there is eternal snow. The driest point is Salt Lake Desert, where temperatures can exceed 40 degrees in the summer months!

During your tour of Utah you will experience that the road network in this state is not as large as in other states. Logically, most roads can be found around Salt Lake City, which ensures many visitors. The most beautiful and most used roads in Utah are: 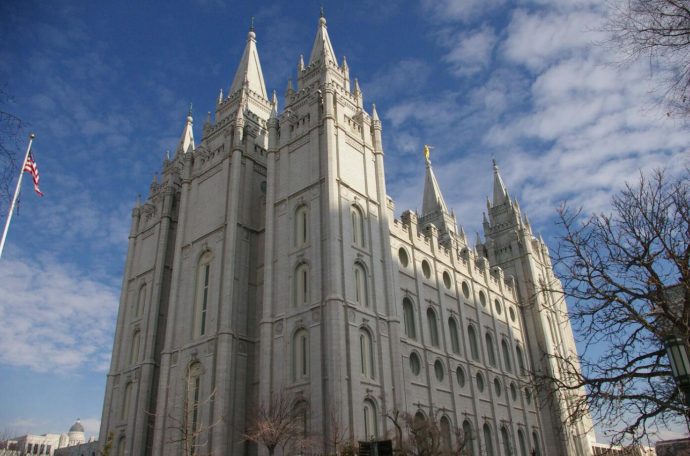