In recent years, the American literary scene has increasingly assumed the characteristics of extreme heterogeneity, in constant and contradictory change. The coherence of linguistic and thematic research of schools and movements with relatively well-defined poetics has been replaced by a proliferation of tendencies with a very short life and which often transform themselves in completely unexpected directions. The network of influences that determines the scope of the tradition or that vice versa produces the act of defiance of the innovator is no longer as clearly delineated as it could have been for the conservative or revolutionary currents of a few decades ago, and it is now difficult to read in this or that aesthetic attitude the intention to follow a certain conventional line or on the contrary to make a radically subversive choice. Moreover, the same label of ” postmodernity ”, very popular in the descriptions of contemporary civilization, has now lost all distinctive functionality, and instead of identifying particular literary or more generally cultural modalities, it has come to define the entire era that we are experiencing, in all its configurations: and the US, the only true ” imperial ” power of this end of the millennium, have become the radiating fulcrum of postmodernity, or rather of the ideology that replaced the image of society as a universe hierarchically structured into classes and polarized in their conflicts with a new vision of the world based on the basically infinite plurality of horizontal interrelations between innumerable centers of production and dissemination of information. No longer determined by the possession of the means of production, transformation or distribution of material goods, power and wealth would now be generated by the control of the immaterial virtuality of information processes.

In the literary field, this shift of the socio-cultural perspective has led to a profound crisis of the very meaning of making literature. If at the origin of the value of the life of individuals and collectivities there is no longer either the materiality of socio-economic relations or the transcendence of a higher truth now dispersed in the cybernetic galaxy, it follows that literature itself is unable to speak of realities external to the world of communication, that is, to its world. Hence the increasingly pronounced emphasis on metal-literary and self-reflexive dynamics, or rather on the processes of construction and interpretation of the text, which continually refer to themselves and progressively lose sight of any hypothesis of concrete intervention on reality. The real drama of

The contemporary American writer – be he a wealthy white male or a member of any of the growing number of social, ethnic or sexual minorities – can no longer believe, therefore, that he is the spokesperson for a revolution, social or aesthetic or whatever. other. However, it can use the formal solutions developed during the turbulent 1960s to make experiences usually left on the edge of the dominant cultural horizon more ” visible ”, taking advantage of the exposure guaranteed by global communication, playing with the greater willingness of the public to accept ” other ” visions of the world. The impulse of writing will no longer be revolutionary and disruptive, aimed at ” destroying ” the hegemonic culture, but will be more modestly able to “deconstruct” it; the authors will not be able to form strong collective movements, capable with their common effort to change the cultural landscape in depth thanks to spectacular aesthetic acts, but they will always know how to move the terms of the public discourse just enough to not leave without traces the landscape after having crossed it with their writing. 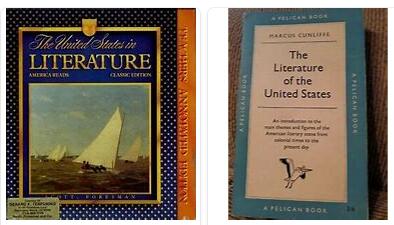